Once a dog has tested positive for adult worms, treatment options are varied. If the adult worms are left to grow and develop, depending on the number present, the result could be fatal for the dog. It is definitely the case that treatment can be very stressful for both the dog and the owner but is necessary all the same. 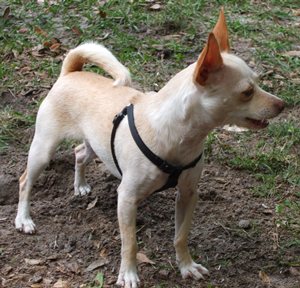 Chelsea, a Chihuahua who was rescued and found to be already infected with heart worms. It cost owner, Jenny $585 for her treatment using the Immiticide protocol.

Another cause of stress for a dog owner at this time when they are already worried about their pet is worry about the cost of treatment. The treatment with Immiticide (Melarsomine) is the one that has been most frequently used on dogs whose worm burden is not so high as to make it dangerous and for whom a good prognosis is given, based on the overall health of the dog at the time and the severity of the symptoms displayed.

The costs of treatment with Immiticide vary considerably, some as low as under $600, some in excess of $1,000. However, there are also additional costs which may or may not be included int he fee quoted by vets and this may account, in part, for the discrepancy. These additional costs include things like blood work and X-Rays.

In addition, the dog may have other health issues as a result of infection. Many dogs need to stay in Animal Healthcare during treatment where average costs are in excess of $25 per day.
Whilst Immiticide treatment is known as the ‘fast kill’ method, it is not without its risks as well as being expensive.

Now There Is A Lower Cost Alternative Treatment For Some Dogs

In recent years, Vets in the USA, including Dr. Karen Becker who writes on Mercola Healthy Pets website, have had problems, at times, in obtaining supplies of Immiticide. This has been compounded by the Economic situation which has made it very difficult for many pet owners to afford treatment for their affected dogs, using this drug treatment protocol..

In November 2011, Dr. Becker wrote an article about how she was now using the ‘slow kill’ method instead of using Immiticide. She reported in her article that at that time, she had treated four dogs with the combination of Ivermectin and Doxycyline which we explain in our article Alternative Heartworm Treatments.

As you will know, Ivermectin is a drug used in many heartworm preventatives and for dogs that are not sensitive to this drug, Dr. Becker reports that used in combination with doxycycline (an antibiotic), this protocol

“… can be an extremely effective, inexpensive option for treating heartworm infection.”

“The cost was about 50-75 percent cheaper than Immiticide and all four cases of infection cleared beautifully.”

She goes on to say in her article that she would only consider heartworm treatment with Immiticide in the future for dogs that are sensitive to Ivermectin (this is often the case with herding dogs of the Collie type). 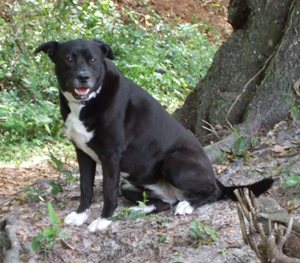 This is another rescue dog, Cookie. She was also found to be infected with heartworm and treatment also worked out at under $600 despite having to stay as an ‘in-patient’ for a week. Cookie has also been adopted by Jenny.

The original ‘slow kill method’ was with Ivermectin alone and although favoured by Animal Shelters because it made treating dogs possible because of the lower costs involved, this method took a long time to kill all the adult worms – and of course until they are all dead, they go on doing damage to the internal organs and arteries.

The addition of the antibiotic Doxycycline to this treatment protocol has helped in this regard and also, as you will read in more detail if you check out our article on the topic, the Doxycyline removes a lot of the worries about dogs who were potentially going to be a ‘breeding ground’ for mosquitoes to bite and take larvae to new hosts, thus exacerbating the rapid spread of heartworm disease. However it turns out that larvae in a host treated with Doxycycline cannot go on to develop into adult worms in a new host so the anxieties about somehow creating this breeding ground “reservoir” of heartworm larvae in dogs being treated by this combination slow kill treatment is unfounded.

Ongoing treatment costs
If a dog has had a significant worm burden or has been infected for a long period when a heartworm test discovers the infection, internal damage might be quite severe. Heart, kidneys and liver are usually the most affected and this can result in the need for ongoing medication, sometimes for the rest of a dog’s life and can run out at in excess of $50 per month.

If a dog is so severely affected and has a very large worm burden surgery to remove the worms might be the only option left for owners anxious to save their pet. However treatment will likely run out at well over $2000 so it really is a last resort.

Following a heartworm preventative medicine protocol and avoiding infection in the first instance has to be a much better option. But for all sorts of reasons, dogs continue to test heartworm positive. At least you have the reassurance of knowing that the cost of heartworm treatment may not be beyond your means as if the Immiticide treatment is not possible for your dog, for whatever reason, the alternative combination therapy with Ivermectin and Doxycycline should have very good results at a much lower cost.